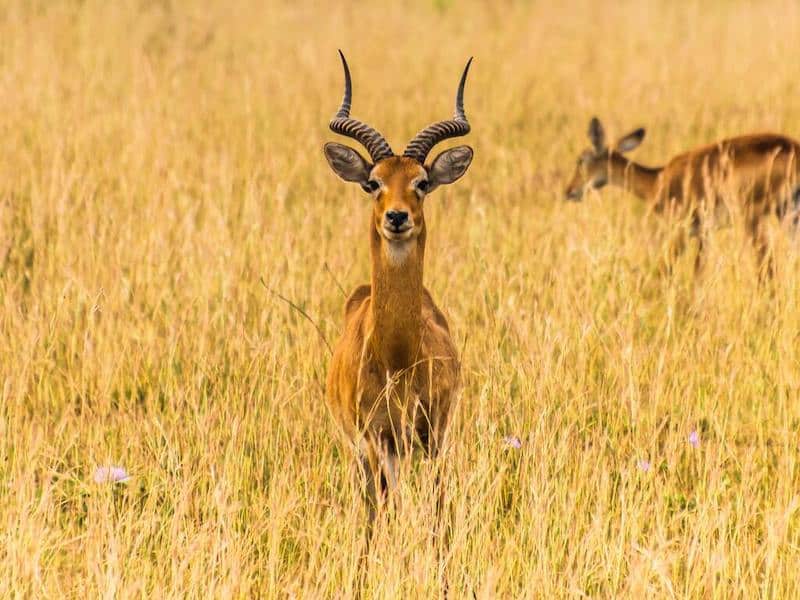 Time permitting, go for a tour of the city (optional). This includes a visit to a genocide memorial and a visit to the local general goods market and the craft centre.

After breakfast you will depart for Butare the second largest city of Rwanda and is regarded as the intellectual city of Rwanda. It hosts the National Museum, several academic (University) and research institutions.

On your way to Butare you will visit Nyanza (currently Nyabisindu) the former Mwami’s palace (King’s palace) and the seat of the feudal monarchy. The palace has been reconstructed to its 19th century state and shows a traditional dome that can be compared with the Kabaka’s palace of Buganda. You will visit the National Museum there, which, is one the well set-up if not the finest ethnographic museum of East Africa. It’s a good source of information on the cultural history of Rwanda and the region.

In Nyungwe Forest: Go chimp tracking and birding. There are different beautiful trails available and the superb waterfall trail of Gisakura is probably the most rewarding. The hiking time is 2 up to 3 hours and is a very enjoyable hike accessible to everybody. If you missed the Angolan Colobus you can have another try near to the tea factory where another troop is hosted.

Nyungwe Forest is the only place in Africa where troops of 300 black-and-white colobus monkeys (Angolan Colobus) can be seen jumping in the trees! In the afternoon, go for a canopy walk in Nyungwe Forest.

Travel to Volcanoes National Park via Gisenyi. Drive north to Kinigi, a town located at the foothills of the Virunga Volcanoes. Enjoy the drive through the rolling hills for which Rwanda is well known. [Approximate driving time: 6 hours]

After breakfast you will report at the ORTPN headquarters where you will go for golden monkey tracking in the Volcanoes. After the trek, have lunch at the lodge.

After lunch travel to the nearby Mgahinga Gorilla National Park. Along the way, have a brief stopover at the beautiful Twin lakes of Bulera & Ruhondo. This vantage point offers an excellent view of the Virunga chain of Volcanoes can be seen while there depending on weather conditions.

Early departure for Ntebeko. At the amphitheatre, get briefed about gorilla tracking in Mgahinga National Park. Led by a guide, embark on a gorilla trek in Mgahinga Forest. The time spent on the gorilla trek in unpredictable given that the search for these great apes depend on their movement.

After the gorilla trek, return to the lodge for lunch.

Transfer to Queen Elizabeth National Park, one of the most bio-diverse national parks in Uganda.

This National Park is a UNESCO World Biosphere and has one of the highest biodiversity ratings of any game reserve in the world. Almost 100 mammal species and a remarkable 606 bird species can be found. Elephants, Lots of hippos, the elusive giant forest hog and the handsome Uganda Kob all regularly sighted.

Go for a morning game drive in the Queen Elizabeth National Park. After the game drive go back to the lodge for mid-morning breakfast and lunch.

In the afternoon go for the launch cruise along the Kazinga channel. The boat rise is rewarding with sightings of a diversity wildlife including schools of hippos, crocodiles, and many bird species that can be seen on the shores of the lake.

Travel to Lake Bunyonyi, the Switzerland of Africa, one of the most beautiful scenic areas in Uganda. You will have lunch in Kabale town after which you will transfer to Lake Bunyonyi for relaxation.

Breakfast will be served early morning and after you will go for the boat tour on the lake to one of the islands. The lake has almost 38 small islands and each was named according to the bird species that reside on the island. Go for an evening scenic view of the most beautiful lake in the region.

Day 12: Travel Back to Kigali

Leave for Kigali in Rwanda. Finalise boarder arrangements at the Katuna border. [Approximate driving time: 6 hours] Drop off at the hotel or Kigali Airport.

Talk to Us About This Tour

Speak to a East Africa safari specialist to start planning your trip.