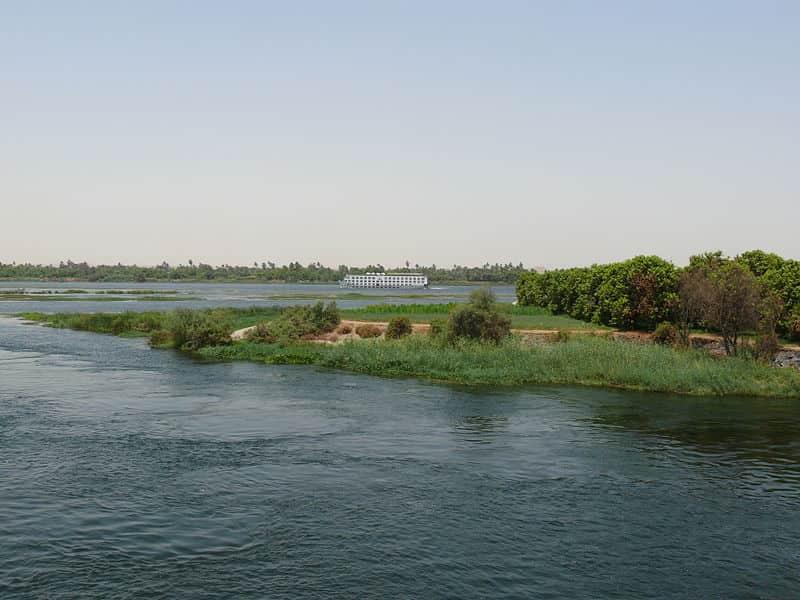 On your arrival, you will receive warm greetings from your driver guide and transfer to Kampala Holiday Express Hotel or Grand Imperial or Kampala Forest Cottages.

If you arrive in morning hours, you can take a city tour in Kampala, visit Kasubi Tombs, Bahai Tempo and Nakasero Fruits market where you can interact with Kampala’s friendly people.

All meals at the hotel.

Have breakfast at the hotel and then drive eastwards to Jinja, town on the shores of Lake Victoria and the source of the Nile. The activities in here include white water rafting along the river Nile, one of the most exciting and safest in the world, quad biking, boat trips on the Nile, mountain bike cycling and horse riding. Have lunch and visit

Visit Bujagali Falls, the rapids on the river Nile few kilometers from the source. Dinner and overnight at The Haven/Junja Nile Resort.

Have breakfast and continue to Mbale via Tirinyi Road. Proceed to Mt. Elgon National Park and trek through the Sipi Falls, characterized by 4 spectacular falls along river Sipi, flowing down the Mount Elgon. The area is particularly panoramic with view of the Karamoja valley.

The activity will take you through the daily life of a typical African village.

Dinner and overnight at Sipi Lacam Lodge/Sipi falls rest camp at the foothills of Mt. Elgon, overlooking the romantic Sipi Falls, surrounded by several other waterfalls and huge caves.

Have early breakfast and proceed northwards with packed lunch via Kitgum to one of the most un-spoilt, pure wild places remaining in Africa, Kidepo valley National Park. This is a very long journey and takes you through dirt roads of Karamoja.

Dinner and overnight at Apoka Safari Lodge or UWA Bandas.

Wake up early for a cup of tea/coffee and embark on a photographic game drive along the trails of the national park to catch up with early raisers and predators returning to their hideouts. Expect to explore the region of the river Narus Valley and localised carnivores like the bat-eared fox, striped hyena, aardwolf, caracal and cheetah.

All meals at the lodge.

Murchison Falls is the largest park in the country with a large population of animals, birds and beautiful landscapes of savannah and forests, relax in the evening as you wait for dinner and overnight at Paraa Safari Lodge/Sambiya River Lodge.

Set out after some tea or coffee and embark on an exciting 3-4 hour early morning game drive to explore the savannah in the northern bank of the Nile. Expect to see herds of buffaloes, elephants, lions, giraffes, waterbucks, Oribis, bushbucks, spotted hyenas and leopards. Return to the lodge for late breakfast and relax as we wait for lunch.

Gather your strength after lunch for an unforgettable, spectacular, fascinating safari by boat along the magnificent River Nile to the bottom of the Murchison Falls. Expect to find many hippos, huge Nile crocodiles and buffalos basking along the shores. Return for dinner and overnight stay.

Have breakfast and drive for 6-8 hours through Lake Albert and the Rift Valley escarpment, with breathtaking panoramic sceneries en route to Fort Portal; the capital town of Tooro kingdom which lies on the shadow of Rwenzori Mountains.

Relax in the evening at Ndali lodge/Primates lodge as you wait for dinner and overnight.

Assemble at Kanyanchu Tourist Center for a briefing on chimpanzee tracking. Expect to encounter other primates like black and white colobus, vervet and red tailed monkey with over 350 bird species including the rare shoebill.

After lunch, gather your strength for a nature walk to Bigodi ecotourism project near Kibale Forest. Expect to typical/traditional homestead, to hear storytellers, the local healer and get an idea of the traditional culture of the Batoro and Bakiga.

Return for dinner and overnight at Ndali lodge/Primates Lodge.

We shall have breakfast and start a 2-3 hr drive to Queen Elizabeth National Park, with lots of game viewing en route. Expect to find early risers and predators returning to the hideouts; relax as we wait for lunch at Mweya Safari Lodge.

Embark on a launch cruise after lunch from Mweya peninsula along Kazinga Channel, famous for the highest concentration of hippos in Africa, with huge Nile crocodiles, buffalos and elephants along the shores and about 611 bird species. The boat provides a clear platform for photographing.

Relax in the evening as we wait for dinner and overnight at Mweya Safari Lodge/Simba Safari Camp.

Another extraordinary wildlife experience awaits you this morning!

After a cup of coffee, go for a game drive along the tracks of Queen Elizabeth, in the northern side towards Lake George and Kasenyi Village. Expect to see lions, herds of elephant, buffaloes, spotted hyenas, waterbucks, Ugandan kobs, and shy/rare leopard.

Gather your strength in afternoon for more exploration of the park to the southern Ishasha sector in Queen Elizabeth. The game drive here rewards your with tree climbing lions which are seen during the hot hours of the day, as they lie resting on top of Figs trees. Also expect herds of buffaloes, elephants, topi antelopes and more. Return for dinner and overnight.

After breakfast, drive to Kyambura/Chambura Gorge for wild chimpanzee tracking.

Expect other primates like vervets, colobus and red-tailed monkeys, giant forest hog, galago and mangabeys with many bird species. Later proceed to Bwindi Impenetrable Forest; Home to half of the remaining world population of the endangered mountain gorillas.

After early breakfast, proceed to park headquarters with packed lunch for a briefing about the dos and don’ts while with the gorillas.

Tracking can take 2-9 hours depending on their movements. Tracking involves walking up through steep and densely forested hills before finally coming across the gorillas camouflaged in the vegetation. You will stay with these giant apes for 1 hour for observation and photography.

In the evening, you can relax at the lodge or take a cultural walk to nearby Batwa communities and learn about their cultures. Dinner and overnight stay in Gorilla Forest or Buhoma Homestead.

Breakfast will be followed by transfer to Lake Bunyonyi with wonderful sceneries en route. Enjoy one of the most extraordinary wildlife and birding experience by boat as you cross the Lake Bunyonyi. The forested green islands on the lake are home to different species of endemic birds which the guide will help you to spot.

All meals at Arcadia Cottages.

Have breakfast and drive through Kabale in the Kigezi region, known as the Switzerland of Africa, characterised by terraced cultivated hills. Visit the Bakiga cultural museum and later connect to Lake Mburo National Park, the smallest of Ugandan national parks.

Expect big game drive en route as you head to Lake Mburo National Park. Take an evening game drive before sunset in search for the beautiful impalas, elands, topi and many antelopes, buffaloes, and zebras among others.

After breakfast, embark on a morning boat trip on Mburo Lake, an excellent place for birding including the rare shoebill. Other animals include hippos and huge crocodiles.

Later proceed to Kampala with a stop at the equator for photographs, reach by afternoon.

Depending on your flight schedule, relax at your hotel, or transfer to Ngamba Island (Chimpanzee sanctuary) and later transfer to the airport.

Talk to Us About This Tour

Speak to a East Africa safari specialist to start planning your trip.